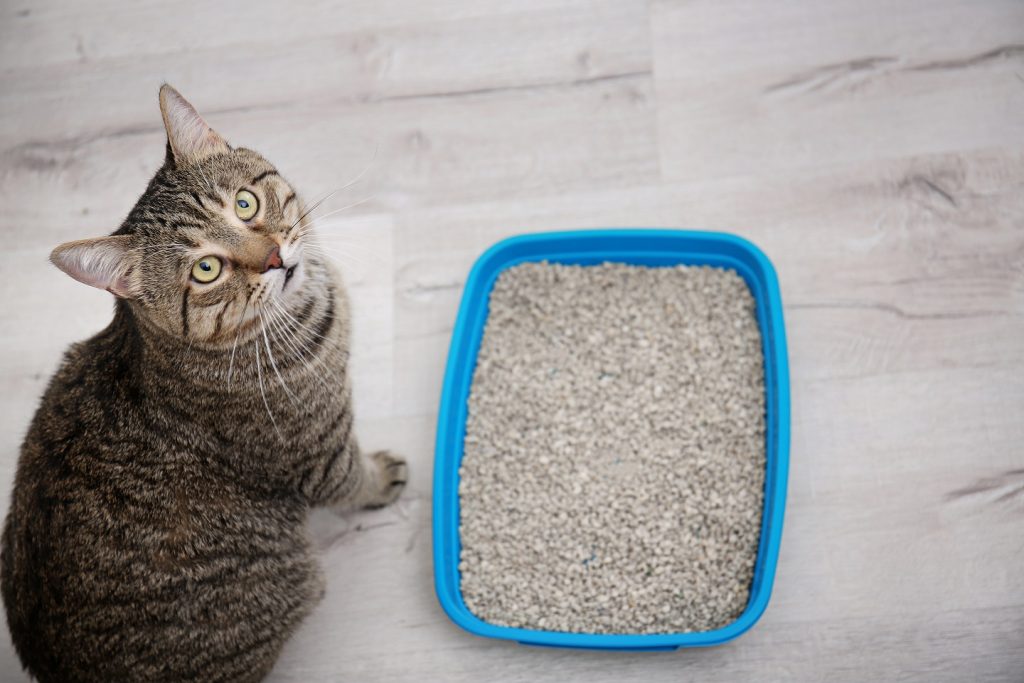 While to humans poop is one of the grossest things imaginable, to most animals, cats included, poop is a message – a language even. People post on community boards or neighborhood websites when they want to let their neighbors know something. Well, tens of thousands of years before Facebook or Nextdoor were even conceived, cats were already posting on their own neighborhood forum – let’s call it Poop Space.

When humans smell cat poop, all they smell is, well, cat poop. When a cat smells another cat’s poop or pee, they can usually tell whose it is, if it comes from a male or female cat, if they’re ready to mate and even the general health of the other cat. Poop and pee contain chemical markers called pheromones which convey all this important information and more. Nature always makes due, and in lieu of a written language, it gave cats the ability to effectively communicate with their excrement.

This is why in the wild, poop and pee are used to mark territory by many animals, including both big cats from the Panthera genus, like lions, tigers and jaguars, and small cats from the Felis genus. Poop markings are the cat equivalent of a “Do Not Trespass” sign with the owner’s name and address on it. Big cats will often simply leave their poop around their home range as a way of clearly marking an area as theirs.

Now if a big dominant tiger has claimed an area by pooping in what they consider to be their territory, the last thing a little wild cat wants to do is challenge that tiger by leaving their own poop out in the open. Smaller, submissive cats realized that they would be much better off not advertising they had “broken into” the big cat’s territory and learned to hide their presence by burying their poop and pee. Burying their poop and pee also helps keeps them safe from being tracked by other predators too.

This self-preserving behavior eventually became instinct and was passed down to most cats, including our house cats (Felis catus). To this day, small wildcats and feral house cats will often bury their poop and pee within their territory but may often leave excrement exposed at the edges of their range as a way of keeping other animals out.

Domestic cats will rarely mark their indoor territory with poop and pee (thankfully!), and even though there aren’t dangerous predators inside the home, they’ll still instinctively bury their waste in their litter box. This is partially a learned behavior, and cats that are separated from their mothers too early will have to be taught how to bury and cover their poop.

Here at The Cultured Cat, one of our cats, Shadow, was abandoned at a very early age and try as we might, he never fully picked up on this behavior. He’ll go in the box and instinctively knows that there’s something he’s supposed to do with his paws, so he’ll paw at the wall or the sides of the litter box for a few seconds. Then he’ll jump out, leaving his poop and pee fully uncovered. He still goes in the box and tries to cover though, so we give him points for effort.

It’s been said that house cats will poop and pee in their box as a way of showing submissiveness to their human guardians, but this is still a very debated theory. A cat who refuses to go in their box may be trying to assert dominance over their humans, but the most often there will be other reasons for this behavior such as territorial disputes with other cats inside or outside the home, or health issues.

If your cat is suddenly refusing to use their box or going in inappropriate places, it could be a sign of urinary tract infections, stomach problems or other illnesses. Be sure to keep an eye on your kitty’s behavior and take them to the vet if anything looks out of the ordinary.

In order to make litter time easier on you and your cat, explore our collection of specialized litter and care supplies.