About The Cultured Cats

Shadow was abandoned with no mother when he was only a couple of weeks old. He beat the odds and survived until finding his forever home with us. He is the only one of our cats who predates The Cultured Cat and is also the only long-haired cat in our little clowder.

Shadow can be the biggest handful, but he is a bucket of love. He likes to act like he’s a grumpy cat, but he’s the first to turn into a lap cat. He may not take kindly to strangers, but he loves his family more than he’d ever be willing to admit. Shadow’s favorite things to do include rolling in catnip when no one is looking, getting lightly scratched behind the ear, and taking long naps in various spots on the couch. 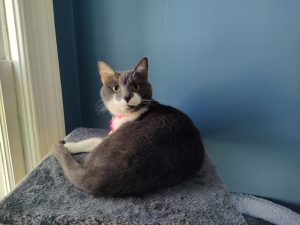 Miss Zucchini has been with us since the beginning of summer 2021. Her owner had adopted her from a shelter a couple of years prior. Unfortunately, her health took some turns for the worst and she was about to bring this petite cat back to the shelter to avoid neglect. We adopted Zucchini the day before she was scheduled to go back to the shelter. She was able to avoid going back to life in a cage and settled into her new environment quite well for how big of a change it was.

Miss Zucchini acts as though she is the little princess of the house. She shows off her collar and keeps her head held high like the proud house cat she is. She exudes confidence and demands her space from the other cats. She loves to get pets but hates to be picked up. Zucchini’s favorite activities include claiming an entire cat tree to herself, trying to convince humans to give her extra snacks from their plates, and napping in beds. 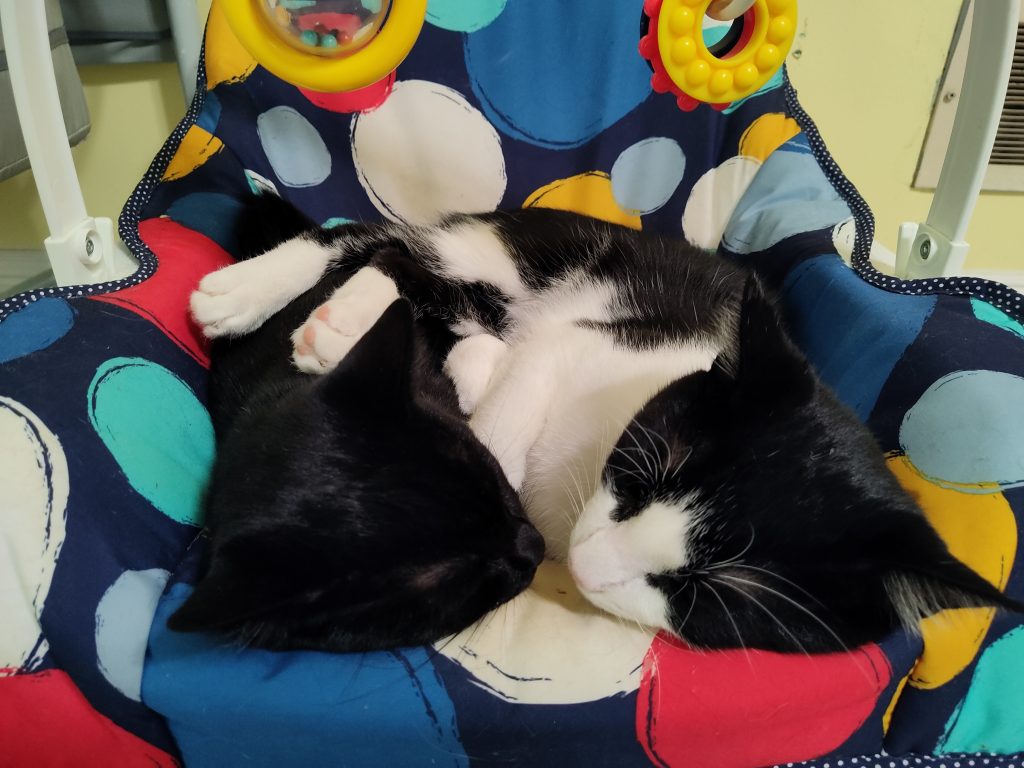 The kittens were about 3 months old when they showed up at our house. Litten came first and Abra came over less than 24 hours later. These 2 obviously knew each other and had a close-knit relationship. It turns out that they were siblings who came from a situation of neglect. They are a bonded pair and have been found cuddling pretty often since they came in. 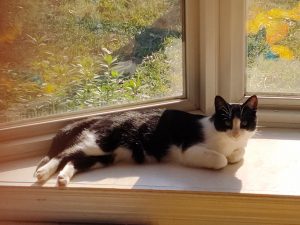 Litten is the fat cat. He’s highly food motivated and loves lounging around. He knows when it’s bedtime and will wait in bed when the time comes. Litten’s a big cuddler and he likes to play as well. He’s definitely the biggest button pusher in the clowder. He occasionally asserts his dominance by belly-flopping on the adults, but he’s well aware that his sister is really the one running the show. Litten’s favorite things include scratching up the scratching posts, dinnertime, and pretending he’s the baby by lounging on all of the human baby’s things. 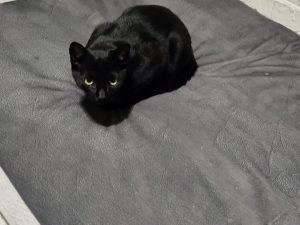 Abra is small but mighty. She’s known to be the ferocious hunter in the pack. We don’t allow her to take this out on any small animals so playtime is a must with this petite void cat. She’s never met a toy that she didn’t like. Abra is also the neediest when it comes to attention. She wants to be the first to be cuddled every morning and makes sure that everyone pets her whenever she’s in the mood. Her personality is sugar and spice. Abra’s favorite things include hugging faces as soon as she hears your eyes open, hunting bugs on the other side of the window, and playing with the dog.