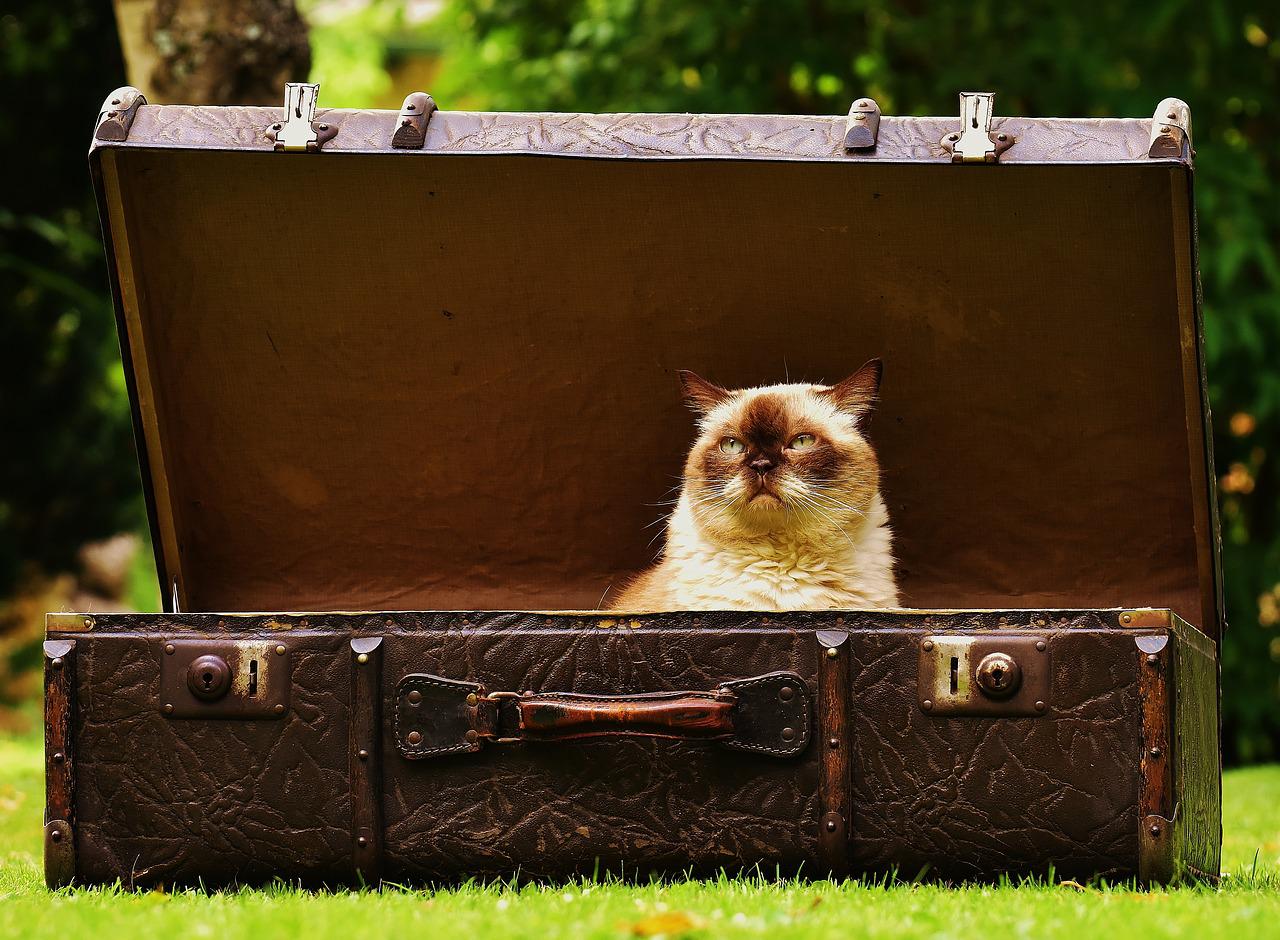 The average lifespan of a cat is said to be about 13-17 years. However, this can vary drastically depending on factors such as your cat’s breed and lifestyle. There are also outliers on both ends of the spectrum. The most well-known outlier was a cat named Creme Puff, the record-holding oldest cat ever, who lived to be 38 years old.

The average 13-17 year lifespan is for cats who solely live inside the home. This keeps your cat out of harm’s way. There are many factors that could cause your cat to have a shortened lifespan outside including traffic, predators, and plants that are poisonous to cats.

Outdoor cats live significantly shorter lives. Unfortunately, cats who spend all their time outdoors only live for 2-5 years on average. Some people have hybrid indoor-outdoor cats, but there isn’t as much research into the average lifespan of this lifestyle because the lifestyle itself can vary greatly from person to person and cat to cat. Some suggest that this hybrid approach doesn’t yield much greater results than having a solely outdoor cat while others suggest that their average lifespan is slightly higher, around the 4-8 years range.

Most cat owners don’t know their cat’s breed. This is completely normal as most cats aren’t a specific breed or even hybrids the way dogs are. Most pet cats are typically considered either domestic short-hair, domestic medium-hair, or domestic long-hair. Even with these more general descriptions, there tends to be a little variation in the average lifespan of a cat.

Short-haired cats are typically known live the longest. The domestic short-hair cat averages on the high end of life expectancy at 15-17 years. Unfortunately, their long-haired counterparts get the short end of the stick with lifespans averaging only 13-15 years.

Cat Breeds With the Longest Lifespans

There’s variation in the lifespan of all kinds of cats. Getting a cat breed known for longevity doesn’t guarantee anything as health complications can arise in any breed. Finding a cat that fits into one of these breeds may increase your chances of having a cat live a long life with you though. All lifespans given are for indoor-only cats. These 5 cat breeds have a tendency to have longer lifespans than the average cat.

Siamese cats are sometimes said to have the longest lifespan of any domestic cat breed. It’s not uncommon for the breed to reach 20. They have an average lifespan of 15-20 years. While a few others share a similar average, the Siamese has a few outliers that are said to be some of the oldest cats of all time.

There is a Siamese cat in Thailand that is currently said to be 34 years old. This would make her one of the oldest cats ever, but her age has not been properly verified. In fact, there hasn’t been an ‘oldest living cat’ verified since the previous record holder passed in 2016.

The Balinese ranks as having the highest average lifespan, but the breed hasn’t seen any outliers that cross into the oldest cat territory. Their average life expectancy ranges from 18 to 22 years. They are also the only long-hair cat breed with claims to longevity.

Bombay cats are black cats known for their panther-like appearance. They were created as a cross between black American shorthairs and sable Burmese cats. It’s a semi-recently recognized breed that wasn’t established until 1970.

This breed is unique in having resistance to some feline illnesses including FIV. It helps to keep their average lifespan high at 15-20 years.

Despite the misnomer, the Russian Blue is actually a grey cat. They’ve been recorded as cats that have lived into their 20s on numerous occasions. This helps keep their average lifespans high at 15-20 years of age. This is one of the few cat landraces, or naturally occurring breeds, that rank for longevity. Most other long-lived breeds are the result of hybridization.

European Shorthairs have one of the longest average lifespans, ranging from 15-22 years. Although this breed isn’t commonly available in the US, the good news for most American cat owners is that the American Shorthair has a highly comparable lifespan of 15-20 years. Between these common shorthairs, there’s a good chance that you’ll be able to find at least one of these in your area to give a forever home to.

Cat Breeds With the Shortest Lifespans

The life expectancy of these 5 breeds is on the low end of average and it isn’t uncommon to lose them before they hit double digits.

The American Wirehair is one of the rarest cat breeds on this list so it’s highly unlikely that you’ll just run into one at your local shelter.

They are similar to the American Shorthair, but they have a stringy hair texture like that of terrier dogs. However, they don’t have nearly as long of a lifespan. American Wirehairs are only expected to live an average of 7-12 years.

This may be the shortest lifespan of any domestic cat breed.

Manx cats are known for being fully tailless, but some individuals are born with short stubs as well. While being tailless doesn’t make them any less adorable, they are prone to health issues, including a common one that is lethal in utero. This means that even the breeding of these cats comes with more risks than the average cat. They can still live full lives, but their average is on the low end of the spectrum. A Manx typically lives 8-14 years.

The Cymric is another tailless cat that’s closely related to the Manx. The main difference between the two is that Cymrics are long-haired cats. They have similar health complications to the Manx breed, however, and can even have issues that begin before birth.

Like their Manx relatives, Cymrics typically only live an average of 8-14 years.

German Rexes are a short-hair breed known for their curly fur. This trait is common to all Rex cat breeds. They all have shorter than average lifespans, but the German Rex is a little lower than the others. They have a life expectancy of 9-14 years.

Abyssinians are one of the oldest, if not the oldest, breed of domestic cat in the world. They are the cats that were found mummified alongside ancient Egyptians. These slender cats sport large ears and have a rather unique appearance. They’re known to have personalities that are more comparable to dogs than cats. Unfortunately, the same can be said about their lifespan as they only live an average of 9-15 years.

Most cats may live an average of 13-17 years, but many factors impact how long you’ll get to spend with your beloved ball of fur and claws. Health, diet, genetics, and a bit of luck all play a part. There are so many things that can influence a cat’s lifespan, much like our own. Just make sure that you take care of your cat to ensure you get as much time together as possible.