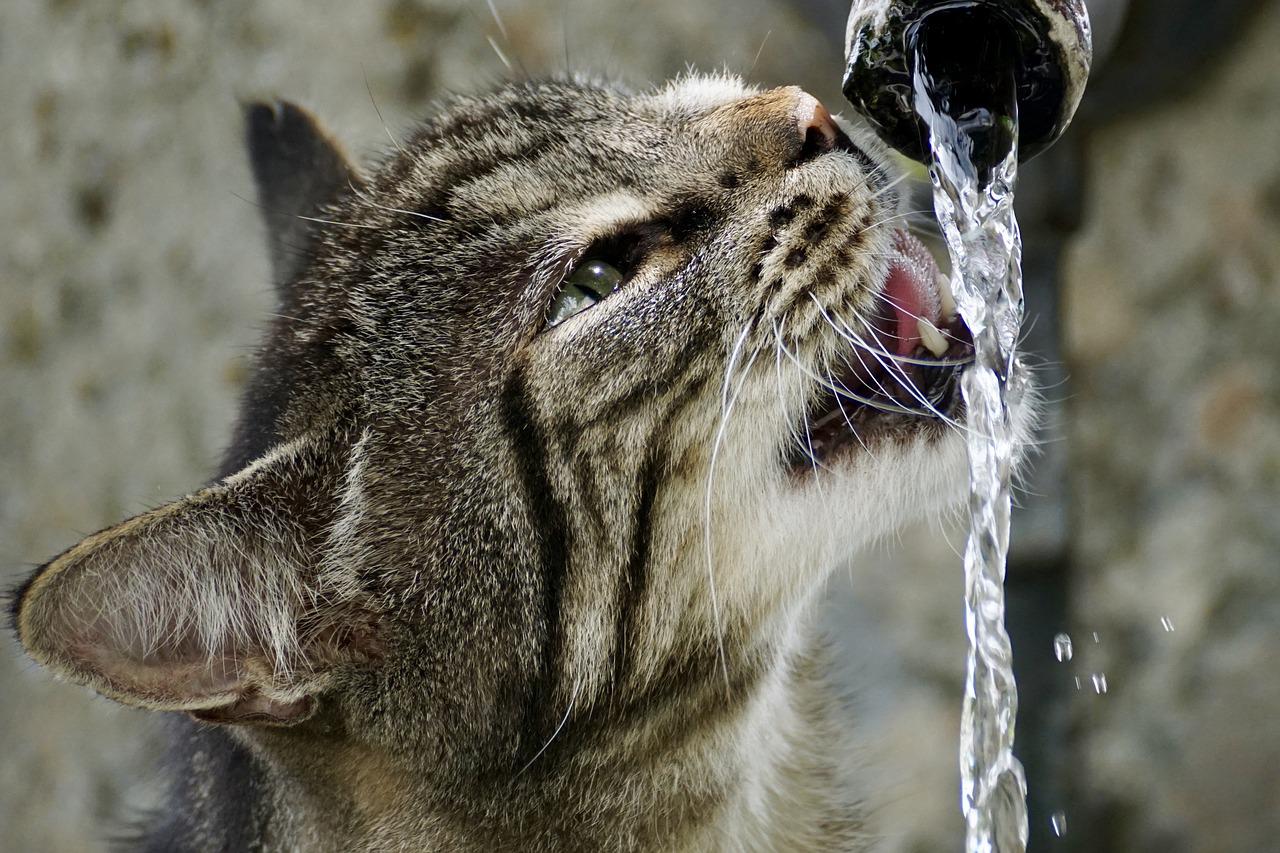 Cats are said to hate water. In many cases, this is true as some cats just don’t like to get wet. Because of this, it can be surprising when you see your cat hanging out at the sink or in the tub. They risk getting wet for the opportunity to drink from the faucet. If you’ve ever wondered why they like drinking from faucets so much and maybe felt a little tempted to try it yourself, get ready to find out what makes running water so appealing to felines.

Running water is known for being a safer option than standing water. Stagnant water can quickly become a transmission vector for bacteria, parasites and other creepy crawlies (brain-eating amoeba, anyone?) that even cats know to stay away from.

While the bowl of municipally treated and chlorinated water you put out for ol’ Tom won’t become a petri dish the way a puddle would outside, it’s something that house cats instinctually stay away from. Even in a safe environment, it can still be cleaner to drink running water over what’s in the bowl. Pieces of food, loose hairs, or other impurities can easily end up in a water bowl no matter how often you clean it out. These concerns aren’t present when drinking running water.

Water straight from the tap is typically colder than the room-temperature water that’s found in their bowl. Since running water is being pumped to your fauced through underground pipes, it tends to remain a little cooler than the water in your cat’s bowl. If they’re feeling particularly hot or dehydrated, cool water will feel much more refreshing for them just like it does for us.

It’s easy to say that all water tastes the same, but most of us know that it isn’t true. A recently poured glass of water is going to be fresher than one that’s been sitting out all day.

Even drinking out of a glass will taste different than drinking out of stainless steel or plastic. The same goes for filtered versus unfiltered water. The differences may seem subtle, but they can be pretty important to some cats, and even humans too.

If you’re cat enjoys drinking water from the faucet but scorns their freshly filled bowl, don’t dispare. There are a few tricks you can try to keep them hydrated without breaking the bank by keeping the faucet running all day long.

Experiment With The Bowl

Move the bowl. Try a new bowl. Get bowls made out of different materials. Cats can be finicky around drinking water and sometimes it’s due to the bowl itself. While no one has yet discovered whether it’s the size, shape, texture or smell of the bowl that makes a difference, all that is known is that some cats are only willing to eat and drink out of an approved bowl that is definitely not the one they have right now and absolutely not in the spot you chose for it.

While this is the simplest and most straight forward solution, it tends to have the lowest success rate.

A different approach with a much higher success rate is investing in a drinking fountain for your cat. This provides fresh running water that is constantly being run through a drinking-grade filtration system.

Getting a kitty drinking fountain covers a lot of their issues at once and ensures that your cat is getting exactly what they want.

Even if it doesn’t look dirty, replace the water. Replace it as often as possible throughout the day. This will keep your cat’s water both cooler and fresher. The fresher the water is, the more likely your cat will be to drink it. This can solve the problem, but it becomes a hassle with how often some cats want it refreshed. It may not even be a feasable option with many people’s work schedules.

Drinking from the faucet is a natural instinct for many cats, even if it can be somewhat of a hassel for their humans. Although it might seem weird to us, now you know the reasons why your cat likes to do it. Tap water checks off all of the boxes that a conveniently placed bowl doesn’t, but that doesn’t mean your cat will never drink their water from a bowl. Keep that water fresh, keep trying new bowls and locations or give your kitty the luxory of a cat drinking fountain!